Lots of bad news about Dave Ramsey has been published. Now’s the time for fresher stuff — GetReligion 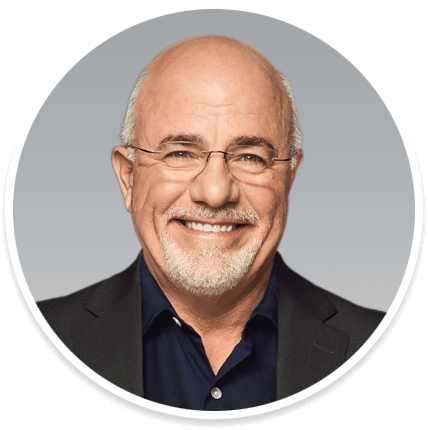 A lot has been written about Dave Ramsey, the Franklin, Tennessee-based Christian finance guru whose multi-million-dollar company, Ramsey Solutions, attempts to keep track of the private sexual activities of its employees — as a matter of religious doctrine.

For the longest time, Bob Smietana, former religion editor for The Tennessean and now a national writer for Religion News Service, has been pumping out stories about Ramsey’s antics.

As one of Smietana’s stories stated earlier this year, “Ramsey Solutions, former employees and their spouses say, is run more like a church than a business.” And, he wrote, it’s not only the sex stuff that can get you in trouble. It’s whether you have consumer debt, if your spouse makes a withering comment about the company on social media or whether you gossiped about life inside the company.

There was blowback, of course. When Smietana covered these stories, he got personally attacked.

Now it looks like Liam Adams, who came onto the Tennessean’s staff in mid-2021, is picking up the mantle with more ink about Ramsey’s “righteous living” rules. It takes time to get the sources to put together such an article and I’m guessing it took more than a year for Adams to find an cultivate his own whistleblowers.

The piece, which ran in USA Today as well, began:

After rededicating his life to Christ following a yearlong struggle with addiction, the man saw Ramsey Solutions as a company where he could grow and live out his faith-inspired values.

When he started working there, “We were seeing the faithfulness of God … begin to restore our son’s life back to our family, back to Him and the values he was raised with,” the employee’s mother said in a letter to Dave Ramsey, Ramsey Solutions CEO and the driving force behind the Franklin-based personal finance company.

Everything changed for the employee when his bosses learned his wife was pregnant.

“The issue is that they just got married,” said one executive in an email to colleagues.

After some math, the executives concluded the employee and his wife conceived their child before getting married. Sexual intercourse outside of marriage violates the company’s “righteous living” policy and warrants termination.

This poor employee must have quickly realized this and regretted saying anything about his personal life to his bosses.

The episode is one of many examples of how Ramsey Solutions has implemented a series of policies and practices that encourages workplace conformity to a conservative evangelical Christian ethic.

The man’s account, his mother’s letter and company emails are included in public court filings as part of a federal lawsuit against Ramsey Solutions by former employee Caitlin O’Connor, who accused the company of discriminating against her when she was fired after company executives learned she was pregnant and unmarried. The man’s name is redacted in the court documents.

In addition to O’Connor’s suit, the company is fighting another federal discrimination lawsuit and recently settled a third.

But there is a journalism bone to pick here. Note where the story goes next.

It’s all happening at a pivotal moment for businesses like Ramsey Solutions. For-profit companies are increasingly at the center of a national debate about how their owners can express their views — most notably conservative religious ones — and how those rights translate to their employees and the customers those businesses serve.

Simply stated, those paragraphs are comparing church-state apples and oranges.

Masterpiece Cakeshop was about a cake maker who didn’t want to be forced to create unique wedding cakes with images and themes celebrating same-sex weddings. It had nothing to do with the lives of employees. Ditto for 303 Creative, which is about a web designer not wishing to include same-sex weddings in her portfolio. And Hobby Lobby’s stance against contraception didn’t mandate that people be fired for using the Pill. That case was about the company’s opposition to being required to pay for various forms of contraceptives.

I get the need to keep Ramsey’s company in the news with a fresh angle (303 Creative was just argued at the Supreme Court) and updates on the latest lawsuits.

Also, in September, Smietana came out with a story featuring allegations of adultery against broadcast personality and employee Chris Hogan, a favorite of Ramsey’s along with an explanation that leaders of Ramsey Solutions didn’t consider oral sex (outside of marriage) to be grounds for dismissal. Smietana wrote:

Ramsey Solutions leaders admitted in a deposition that the company’s “righteous living” rules did not bar premarital sex in writing. While the rules are sometimes described as drawn from biblical standards, several company leaders were not able to cite any Bible verses to support their views on marriage and sex.

Adams’ story contains similar wording about how the company tangled over the oral sex question. All of this is stated in terms of arguments about “evangelical” teachings, when the moral issues involved are linked to beliefs in a wide variety of religious groups.

Ramsey and at least three other executives said in depositions they don’t think oral sex outside of marriage warrants termination and that the operating board made that decision in response to Hogan’s admission. In those depositions, they also were unable to cite scriptural references to explain their reasoning.

Both of these reporters were drawing from a document dump stemming from a lawsuit filed by one of Ramsey’s former employees.

Of course, no one forces these people to work at Ramsey Solutions and one assumes they are briefed on all company policies when hired.

Well, not quite, Adams writes.

“If Ramsey Solutions has these clear-cut rules on personal matters, you know, then okay, that can be part of the ethos of that firm,” Pryor said. “You have to spell it out.”

But the righteous living policy doesn’t explicitly describe which behaviors, such as intercourse versus oral sex, warrants termination, according to a copy of the policy description and depositions contained in the lawsuit.

Though absent from the stated policy, the company also fired at least four employees after learning the employee wasn’t married and was living with or staying overnight with a partner…

“Nowadays, where we do not have a social consensus on what living properly is, you have to specify,” Pryor said. “If nothing else, this is a case study on how not to do it.”

In such companies — again, these are businesses, as opposed to nonprofit ministries — there is no knowing what may trip you up. I was amused by the following four paragraphs regarding a woman who was let go.

For the former female employee, there was pushback when she spoke her mind or didn’t wholly agree with supervisors’ suggestions.

“Someone else has control over your voice. It means you don’t have the right to speak truth unless that person is willing to accept it,” said the former employee about how she felt about the pushback.

Both a male department head and the company’s chief marketing officer, who is female, expressed concerns about the employee failing to meet expectations for how female employees in the rank-and-file should act.

Instead, the chief marketing officer told the employee to be more “traditional,” according to a journal entry the former employee wrote about a year after her dismissal.

If you have not been a woman working in the South, you would miss what’s going on here.

Women in this part of the country are often expected to behave in a certain subservient way, in some working environments. About 10 years ago, I was employed in another part of Tennessee where I too was let go because I was too outspoken, didn’t know my place, acted “like a Northerner” and just didn’t fit the submissive role that was expected of me.

The men in my circles were not treated like that. So it’s easy to see what the female employees at Ramsey Solutions deal with. .

It’s tricky to write new, compelling copy when another reporter has plowed much of the ground before you arrived on the scene. Adams has done this definitive Ramsey piece, and I’m curious how long he’ll stick with reporting on the lawsuits and instead strike out in search of richer dirt.

The story finishes with Ramsey touting the company’s brand. Surely the brand has suffered in the Christian marketplace — but how much?

There are valid questions, here. How many churches — if any — have dropped Ramsey’s financial planning seminars? Is the company richer than ever? Does that go to show that certain religious personalities on the right don’t get shamed for their behavior. Starting with former President Donald Trump, the evangelical landscape is littered with examples of how, if you’re rich enough and powerful enough, your bad behavior will be excused by most folks.

I suspect the same is true of Ramsey. What I’d like is a reported piece on showing how little his behavior has affected sales. Meanwhile, does anyone outside central Tennessee really care what’s going on here? If the money machine is still humming along, that says a lot, doesn’t it?

The Best 2023 Planners to Keep You Organized and Help You Reach Your Goals!

Lots of bad news about Dave Ramsey has been published. Now’s the time for fresher stuff — GetReligion