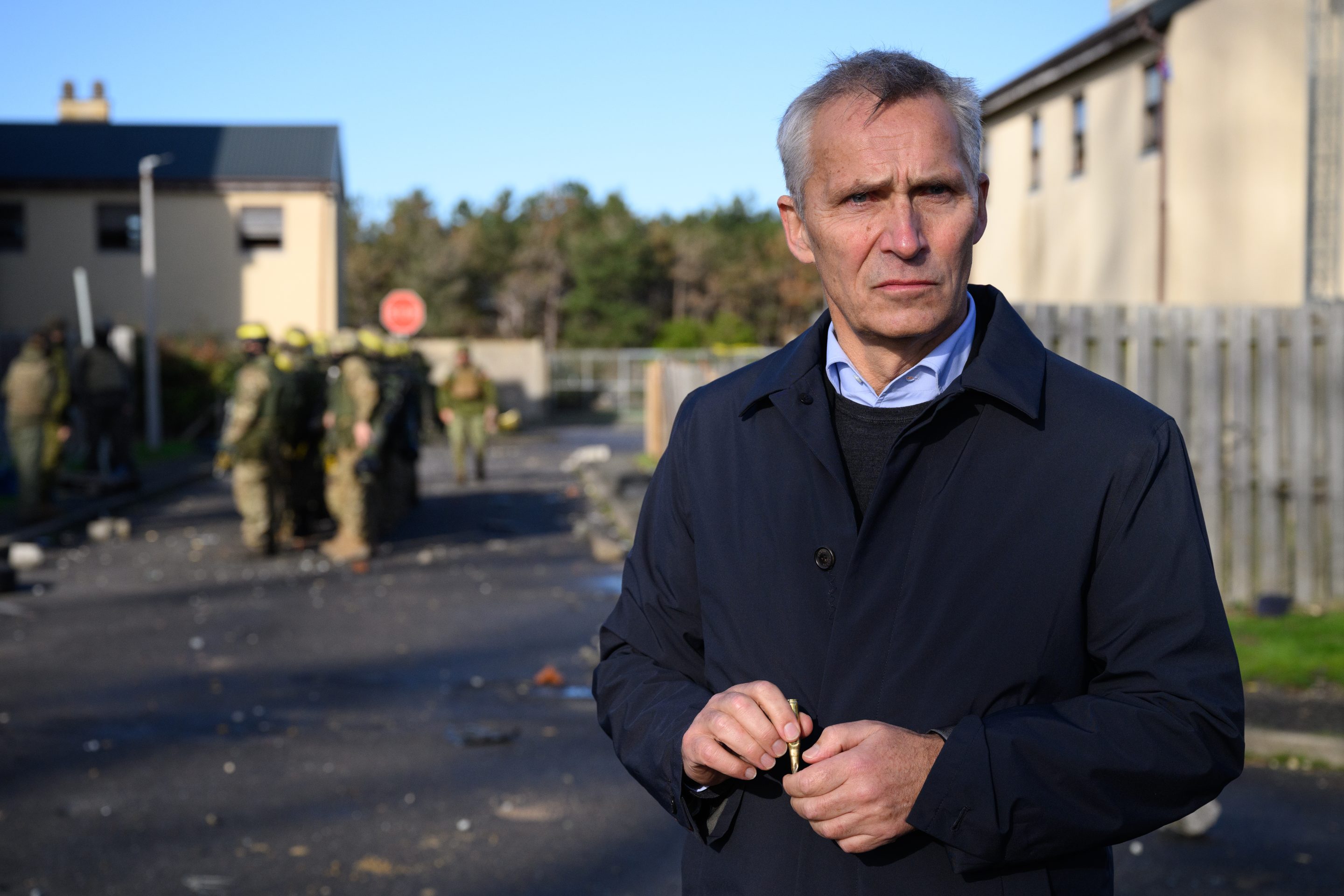 Giving Ukraine modern tanks remains a key question facing Kyiv’s allies after a meeting of top defense officials in Germany on Friday yielded little progress. But perhaps the most exposed link in supply chains for producing such weapons runs on train tracks through the foe they’re trying to defeat.

Russia is at the center of a rail cargo route supplying Western arms manufacturers with a steady supply of metals needed to make the microchips, electronics and ammunition used in modern weaponry. Most of the so-called rare earth elements are mined in China. Russian Railways JSC and other carriers are hauling a rising volume of critical metals needed for Europe’s defense industry.

The volume of Chinese rare earth metals shipped on trains across Russia surged to 36,074 tons in the first nine months last year, more than double the amount transported in all of 2021, according to European Union data seen by Bloomberg News. The value of that trade rose by more than fourth-fifths, to €377 million ($408 million) through September.

“It is astonishing that despite all the sanctions, this supply chain still works,” said Michael Wurmser, the founder of Norge Mining Ltd. “It underlines the importance of those rare earths and shows how much we depend on them.”

Wurmser spoke from Davos, Switzerland, where he was meeting with industry executives trying to diversify supply chains of strategic minerals. Norge Mining has claims in Norway that include large deposits of vanadium and titanium, two metals critical for the defense industry, and whose production is currently dominated by China and Russia.

US Defense Secretary Lloyd Austin and North Atlantic Treaty Organization Secretary General Jens Stoltenberg met Friday at Ramstein Air Base in Germany together with other allies. The talks, intended to highlight allied unity, were somewhat overshadowed by Germany’s continued refusal to provide its Leopard 2 tank.

Chinese-mined rare earths like lanthanum are widely used by Western weapons producers for armor-piercing ammunition. Most European demand for tungsten — a heavy metal used for anti-tank weapons made by Thales Air Defence Ltd. and Rheinmetall AG — is covered by China.

The war in Ukraine has exposed the Europe’s reliance on Russia’s railways and corridors for trade with China, according to an EU assessment previously reported by Bloomberg.

Even though volumes are just 3% to 4% of overall China-EU goods trade and are a fraction of ocean freight, rail shipments can shave weeks off of delivery. It takes as little as 16 days for a freight train departing from Wuhan, China, to cross Russia and arrive in Duisburg, Germany. Ocean cargo from Asia to northern Europe can take twice that long.

The rail journey from China to Europe can take several routes. Volumes through the northern corridor had grown significantly since 2016 reaching 692,500 containers measured in 20-foot equivalent units in 2021. But that number has dropped since Russia’s invasion of its neighbor, according to the EU’s analysis — 187,000 TEU were carried between January and April 2022.

Alternative middle and southern corridors have capacity constraints, aren’t yet fully developed and are unable to absorb the losses from the northern route. This could become an issue in the medium- to longer-term but shouldn’t be an immediate concern because most of the crucial goods are not sanctioned, an EU official said.

“What has changed is that compared to the Cold War era, economic tools of coercion have become more prominent in managing competition,” Loss said from Berlin. “It’s not always clear they have the intended effect, but they certainly have the capacity to disrupt supply chains.”

While the value of goods traversing rail lines only represents a sliver of the overall EU-Chinese trade relationship, Russia could increase the costs and challenges for European importers if Moscow moved to block the 15 train cars per day that typically transit the route.

Disrupted access to Chinese tungsten mines, which accounted for more than 83% of world production, could leave western economies particularly vulnerable.

The metal is critical for a range of products — from batteries to magnets and microchips and together, China and Russia control almost two-thirds of identified reserves — and demand is being driven by “defense spending fueled by the Ukraine and Russia conflict,” according to Tungsten West Plc, which is trying bring a new mine in southwest England online this year.

“The competition for resources is about to become even more intense,” Loss said.

–With assistance from Bryce Baschuk.

Learn how to navigate and strengthen trust in your business with The Trust Factor, a weekly newsletter examining what leaders need to succeed. Sign up here.

We certainly don’t need a repeat of last year • TechCrunch

We certainly don’t need a repeat of last year • TechCrunch