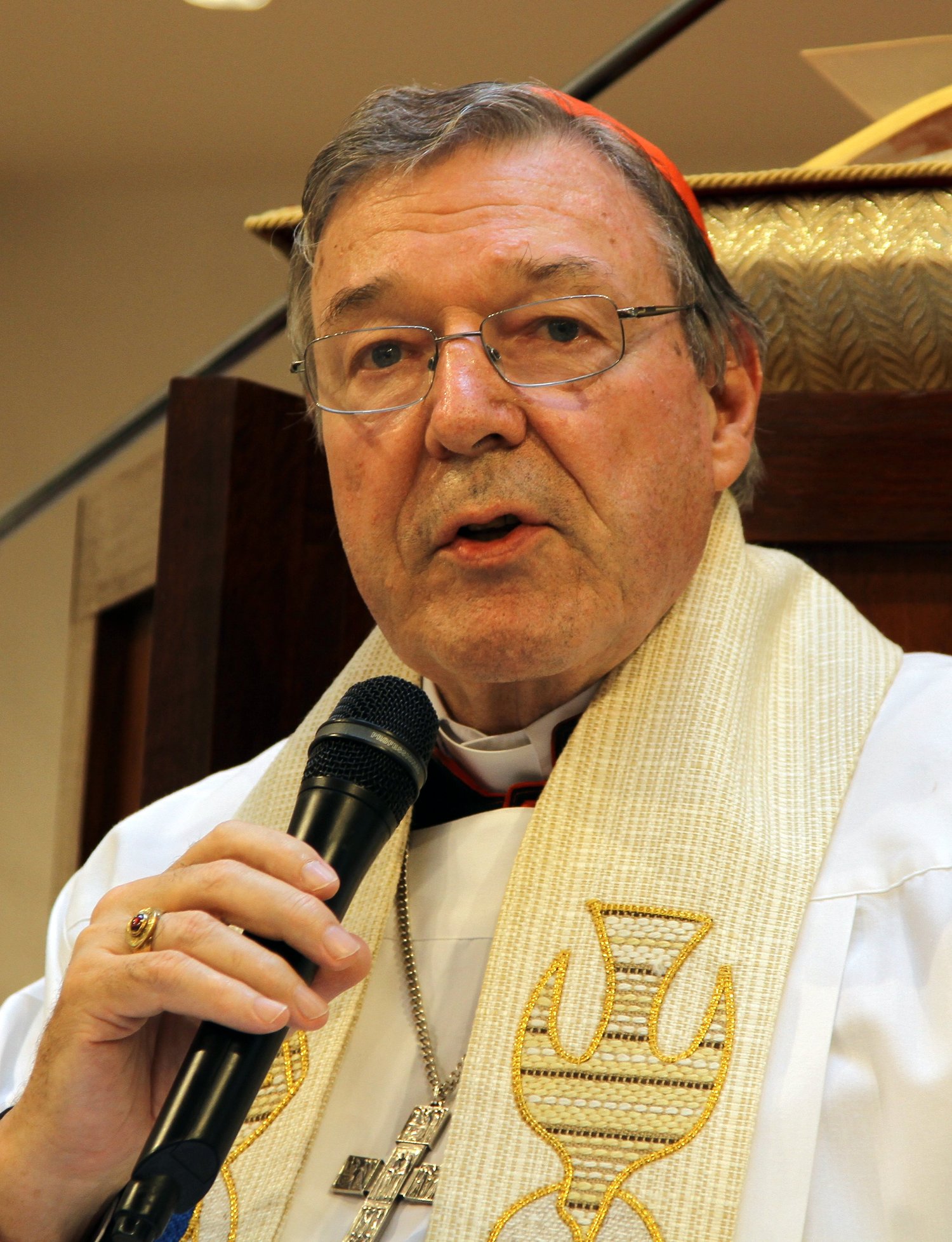 Here’s how the Associated Press reported on it:

Pell had clashed repeatedly with the Vatican’s Italian bureaucracy during his 2014-2017 term as prefect of the Holy See’s Secretariat for the Economy, which Francis created to try to get a handle on the Vatican’s opaque finances. In his telegram of condolence, Francis credited Pell with having laid the groundwork for the reforms underway, which have included imposing international standards for budgeting and accounting on Vatican offices.

But Pell, a staunch conservative, grew increasingly disillusioned with the direction of Francis’ papacy, including its emphasis on inclusion and canvassing of the laity about the future of the church.

He penned a remarkable memorandum outlining his concerns, and recommendations for the next pope in a future conclave, that began circulating last spring and was published under a pseudonym, “Demos,” on Vatican blog Settimo Cielo.

The blogger Sandro Magister on Wednesday revealed that Pell indeed was the author of the memo, which is an extraordinary indictment of the current pontificate by a onetime close collaborator of Francis.

The memo is divided into two parts — “The Vatican Today” and “The Next Conclave” — and lists a series of points covering everything from Francis’ “weakened” preaching of the Gospel to the precariousness of the Holy See’s finances and the “lack of respect for the law” in the city-state, including in the current financial corruption trial underway that Pell himself had championed.

It was the blog Settimo Cielo — tied to the Italian newsmagazine L’Espresso and run by the journalist Sandro Magister — that received the spotlight. It’s yet another blog American journalists need to bookmark, especially those not at the Vatican to see and understand the power dynamics present in Rome.

The Washington Post caught up with Magister to ask him details behind the memo. Here’s the key section:

But then there was a final twist. After the purported author died last week, Magister felt free to reveal his identity: Cardinal George Pell, a giant of the conservative Catholic world.

“He had wanted it to circulate because he deemed it useful to develop a conversation” about the church, Magister told The Washington Post.

That revelation, coupled with other recent pontifical critiques, have quickly dissolved the notion that the Dec. 31 death of Pope Emeritus Benedict XVI, a symbolic leader of the church’s conservative wing, might lessen the opposition to Francis. Some church watchers had expected that this might be a liberating moment for Francis — he’d be, at last, the lone Vatican figure dressing in white. But to the extent there’s been a new phase, it’s been typified by intrigue and acrimony.

At the same time, stories about Pell continued after The Spectator, an English magazine, posthumously published one of the cardinal’s articles in which he skewered the Synod of Synodality, a multi-year process spearheaded by Francis that involves listening to Catholics around the world about the direction of the church and potentially making changes in the future. Critics see it as an evolving attempt at Vatican III.

Published on Jan. 11, Pell wrote the following, as posted by The Spectator:

The Catholic Synod of Bishops is now busy constructing what they think of as ‘God’s dream’ of synodality. Unfortunately this divine dream has developed into a toxic nightmare despite the bishops’ professed good intentions.

They have produced a 45-page booklet which presents its account of the discussions of the first stage of ‘listening and discernment’, held in many parts of the world, and it is one of the most incoherent documents ever sent out from Rome.

While we thank God that Catholic numbers around the globe, especially in Africa and Asia are increasing, the picture is radically different in Latin America with losses to the Protestants as well as the secularists.

Because of differences of opinion on abortion, contraception, the ordination of women to the priesthood and homosexual activity, some felt that no definitive positions on these issues can be established or proposed. This is also true of polygamy, and divorce and remarriage.

However the document is clear on the special problem of the inferior position of women and the dangers of clericalism, although the positive contribution of many priests is acknowledged.

What is one to make of this potpourri, this outpouring of New Age good will? It is not a summary of Catholic faith or New Testament teaching. It is incomplete, hostile in significant ways to the apostolic tradition and nowhere acknowledges the New Testament as the Word of God, normative for all teaching on faith and morals. The Old Testament is ignored, patriarchy rejected and the Mosaic Law, including the Ten Commandments, is not acknowledged.

It’s this association with Catholic traditionalists that made Pell a figure the mainstream chose to ignore at first, even in the days after his death, and then the subject of negative coverage once his recent writings were made public.

What Are They And How To Get The Best Terms